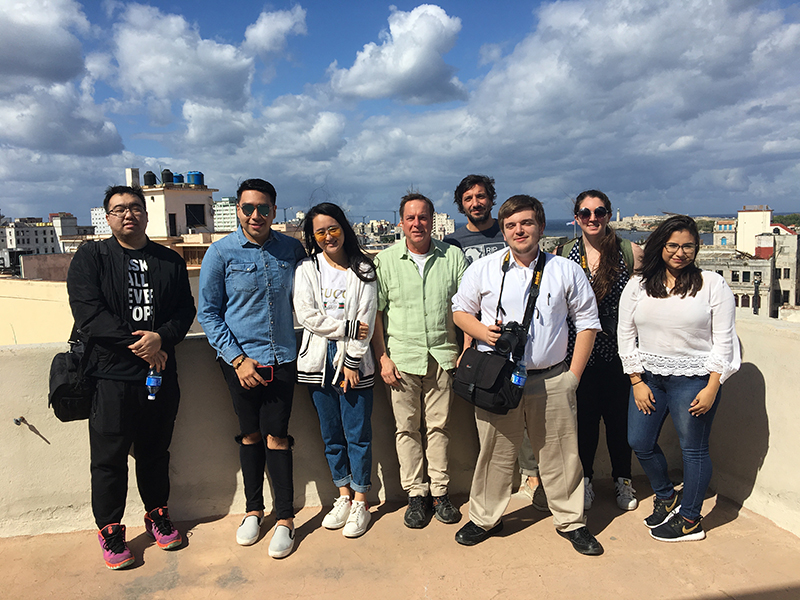 In January 2018, Journalism Without Walls visited Cuba for the third time. Six students and two professors spent a full week on the island, learning and reporting on the issues that affect Cubans after the ending of the wet foot-dry foot policy, the opening of new market opportunities, the new diplomatic relations with the United States during the Trump administration, and the upcoming change of power, which will put the island under a non-Castro administration for the first time since the revolution in 1959.

The group spent five days in Havana, where it met diplomats, small business owners, journalists and media personalities. They also visited the historical town of Trinidad, where they learned about the history and traditions of a colonial Cuba.

The students Mike Adams, Katarina Delgado, Jill Ryan, Luis Sánchez, Rongyi Zhang and Yingzi Dong wrote about semi-legal tattoo parlors and new design businesses in Havanna, the impact of a new regime on the Cuban economy, and the legacy of  “dry foot-wet foot” on the island.