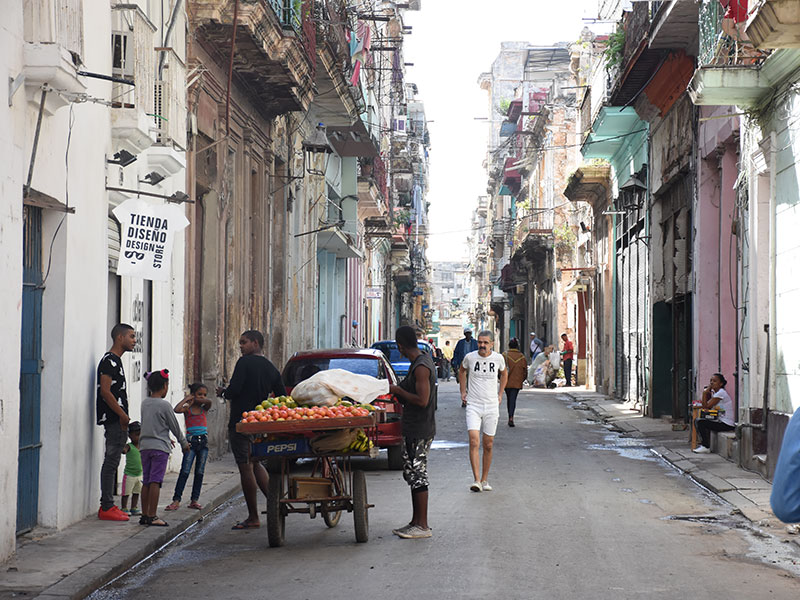 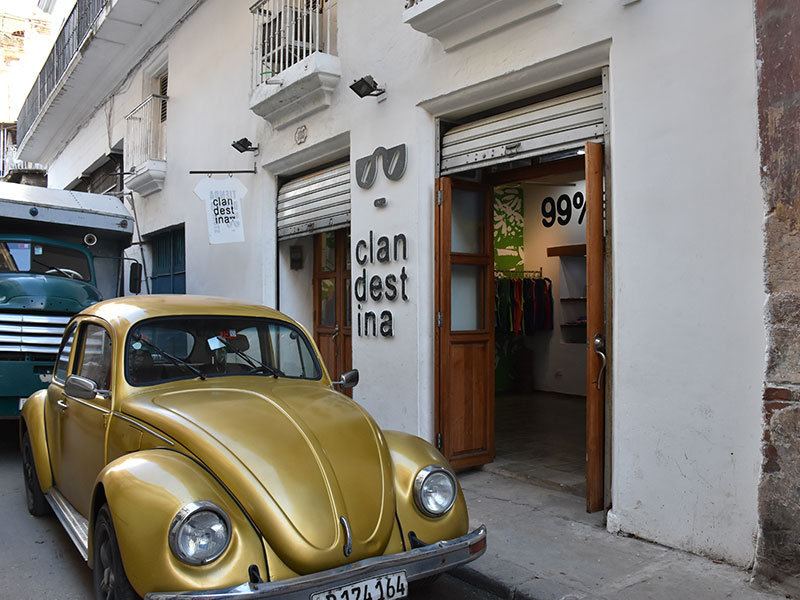 A small shop right at the corner of Plaza del Santo Cristo in Havana, Cuba, is growing a big name for itself in the U.S. and around the world, despite the decades-long Embargo weighing on the island.

Founded in 2015 by Leire Fernandez and Cuban designer Idania del Río, Clandestina is a privately owned business that sells t-shirts, stickers, posters, amongst other recycled commodities, right from del Río’s house. The store also gives other Cuban designers a platform to share their art and ideas.

“I know a lot of designers that leave Cuba to grow themselves,” a Clandestina salesman, Jonathan Ruvira Perez, said. “We’re trying to give them an alternative, so they don’t have to leave their roots, their families and they can make a living here.”

The rise of the private sector, that made Clandestina possible, is a relatively new phenomenon in Cuba. Before, the only way to work in Cuba was to work for the State. But the private sector has even convinced some Cubans to come back after leaving.

“I think the emergence of this private sector has convinced a certain number of Cubans to remain in Cuba that would have otherwise definitely left.” Gregory Biniowsky, a Canadian attorney who has lived in Cuba for over 20 years, said. “And it’s going to convince a growing number of Cubans that didn’t leave for political reasons to come back.”

Unlike other private businesses in Cuba, Clandestina was able to create a U.S. website, which in turn helped it cement its brand, Clandestina salesman, Óscar Valdés Martínez, said. Brands in Cuba (Cohiba, Havana Club, Montecristo) were usually run by the government.

“We are going to try to grow Clandestina in the U.S. through e-commerce because here, growth is not the same as the U.S. where people open a store and then another one and then maybe another one. So our growth strategy must be outside Cuba,” del Río said.

To get around the Embargo, the designs purchased on the website are created in Cuba and are printed in the U.S. by their supplier. The profits then go to expanding the brand outside Cuba and paying the private Cuban designers.

“U.S. banks are still reluctant to do business with Cubans for fear of changes to the regulations and/or hefty fines.” Jono Matusky, who promotes technology and design in Cuba, said.

Right now, until a bank account is opened, Clandestina is working with Niche LLC.

“Since I am from Spain there’s not a real issue on opening the bank account,” Fernandez said.

The U.S. website is their global window, which lets people from the U.S. to Singapore and even Australia buy Clandestina’s products, del Río said.

“Seven or six years ago, Raúl Castro was changing some laws about self-employment,” del Río remembered. “Me and my partner, we applied for any license that we could and back then it was something between independent artist and ‘cuenta propista’ or private owner.”

While the website’s profits are furthering the brand of Clandestina, it cannot come back to the physical shop in Havana.

“No profit come to Cuba. This is Embargo,” Fernandez said.

The Embargo was placed on Cuba by the U.S. during the John F. Kennedy era to pressure Cuba into becoming a democracy. However, while the Embargo was set to pressure the Cuban government, it is hurting private Cubans, which are now suffering more after President Donald Trump’s decision to tighten the restrictions.

“The Embargo affects all the economy in Cuba and the private sector is inserted into that system,” Cristina Escobar, a host of a Cuban talk show ‘Once A Week,” said. “It’s interesting Marco Rubio and the President, both said that the idea of the travel ban and the Embargo was to encourage the private sector but the measure does exactly the opposite.”

In Cuba, there are two currencies, the one used by tourists: the Convertible Peso or the CUC, which is equal to one dollar, and the Cuban Peso which is worth much less. By catering to tourism, private businesses like Clandestina can operate in CUC.

“Many private businesses can earn the CUC but the rest of the people work with the State,” Lola Perez, a saleswoman of a private butterfly shop, said. “The average salary here is 225 pesos cubanos a month, when you convert that in CUC it’s 11 CUC.”

Clandestina hopes that with the combination of the website and its location near the tourist section of Havana, it can become as popular as other Cuban commodities.

“This place is unique to other design places,” Martínez, said. “We want to replace the classic cuban souvenirs: rum and tobacco.”